American universities have millions of dollars in funding from alumni

The top two universities in the US, Princeton and Williams, are sponsored millions of dollars each year by alumni, which account for more than 50% of the university's total fund.

College is a launch pad for many students, helping them to have the skills needed for the job after graduation. Many successful students, owning millions of dollars in assets, did not hesitate to sponsor the university to show their gratitude.

In 2018, Michael Bloomberg, an entrepreneur and former mayor of New York City, invested $ 1.8 billion in Johns Hopkins University, his alma mater. Similarly, Nike co-founder Phil Knight, a former University of Oregon student, has donated millions of dollars to his alma mater over the years.

According to a study by the Council for the Advancement and Educational Aid, in 2019, alumni contribute more than $ 11 billion to universities across the United States.

The US News and World report also researched and collected data from more than 1,451 US universities in 2017-2018 and 2018-2019, then reported the average percentage of contributions by alumni over these two years compared to total fund of that university.

Two universities with alumni contribution rates of 50% or more are Princeton (55%) and Williams (50%). These are also the two leading schools in the National University group and the 2021 Liberation University of the US. 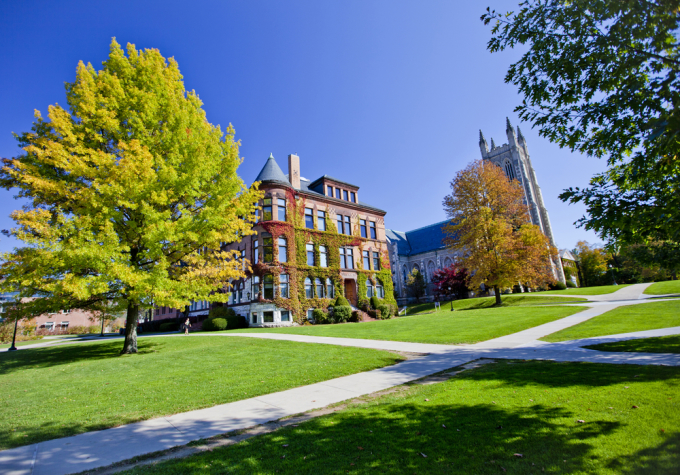 In the rankings, in addition to Williams, there are 6 other schools in the top 40 of the liberal group, with a rate of 44% or more. Additionally, Alice Lloyd University, the sole representative of the Regional University group, is in 4th place with 46% alumni contribution rate.

Dartmouth College, the remainder of the National University group, is in the Ivy League, with alumni contributions 44% of the total fund and ninth on the list.