Former international students share about their career journey in Canada

Mr. Andy Luu founded Yes Study in Canada and attracted thousands of applications for support in the process of studying abroad and settling down after 7 years.

Andy Luu (Luu Danh Luan) developed the field of study abroad, settled in Canada and many other countries for nearly 10 years. CEO Yes Study holds a degree from the College of Immigration and Citizenship Consultants (CICC) - the Canadian Immigration Consultants Association thanks to his many contributions and support to the Vietnamese student community in this country.

- How did you create Yes Study?

- I graduated with a major in Marketing from York University and also started my career in the field of studying abroad when I did an internship at a Korean study abroad and settlement consulting company. In 2016, with accumulated experience and knowledge, two like-minded friends and I decided to open a start-up business in Canada called Yes Study Education Group. Newly established, but we always set great goals and missions. 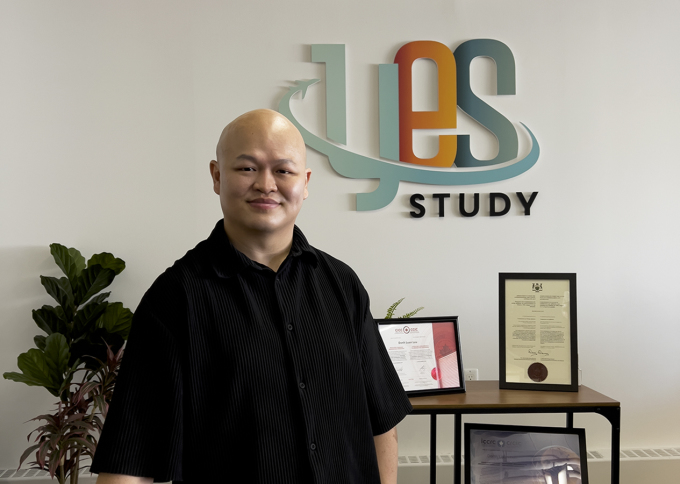 Moreover, we have studied and lived in Canada for more than 10 years, so we also have more or less practical experience, understanding the difficulties of young people when choosing the path to study abroad. This motivates us to try to support Vietnamese students to quickly fulfill their dreams.

We aim to accompany and support the dream of studying abroad for thousands of Vietnamese students, ready to help you to easily conquer Canada's green card (PR) after completing your study program. At the same time, I hope to be able to connect and build a strong Vietnamese student community. That is also the guideline for Yes Study's activities.

After only 7 years since its establishment, Yes Study has grown and achieved many achievements. The company has successfully supported more than 2,000 applications to study and immigrate to Canada with a success rate of 98%. Currently, Yes Study cooperates with more than 100 universities, colleges, high schools and language institutes in Canada.

In addition to the head office located in Toronto city (Canada), 8 representative offices in Vietnam, Philippines, Thailand, Indonesia, Latin America, Yes Study is gradually building many other branches at home and abroad year by year. 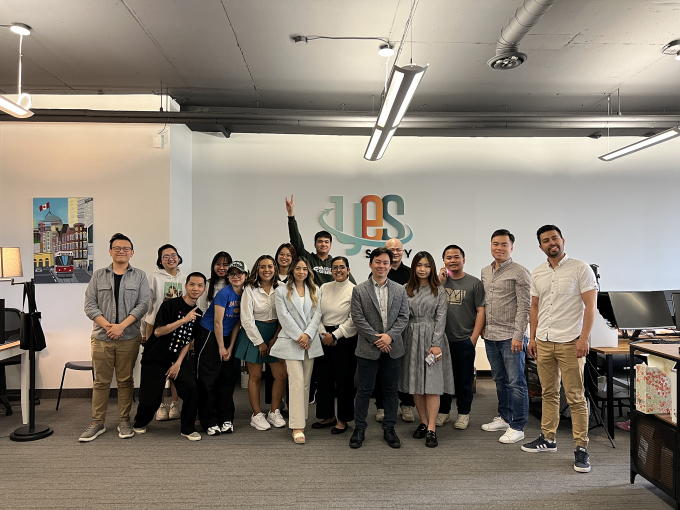 - In the process of career development, what difficulties and advantages did you face?

- The starting challenge is family because I did not study Medicine as expected by my mother and relatives. Hesitating for a long time, in the end, I chose according to my passion, the Marketing major of York University.

After that, I had the opportunity to meet and work with partners with the same goal. However, as a start-up, in Canada, we cannot avoid difficulties and challenges. The capital at that time was only enough to rent a cramped office in Toronto. The company's three co-founders are also the only employees. Meanwhile, we have to be in charge from consulting customers to making records, administration,...

After a period of branding, Yes Study had the opportunity to start welcoming the first customers.

- What motivated you to continue studying and register for the CICC diploma exam?

- Becoming a Canadian Licensed Immigration Consultant (RCIC) is the clearest proof of Yes Study's seriousness with ideals, direction and vision. Because, the recipient of the prestigious CICC degree is a person who has a license to practice immigration law and is a member of the Canadian Immigration Advisory Council.

RCICs are also recognized by the Department of Immigration as the legal representative of individuals wishing to apply for permanent residence in Canada. This is also a testament to the recognition from the Canadian government, giving me more confidence on my own career development journey. For me, persistent effort is the only factor for sustainable development, improvement and enhancement of service quality of the business. 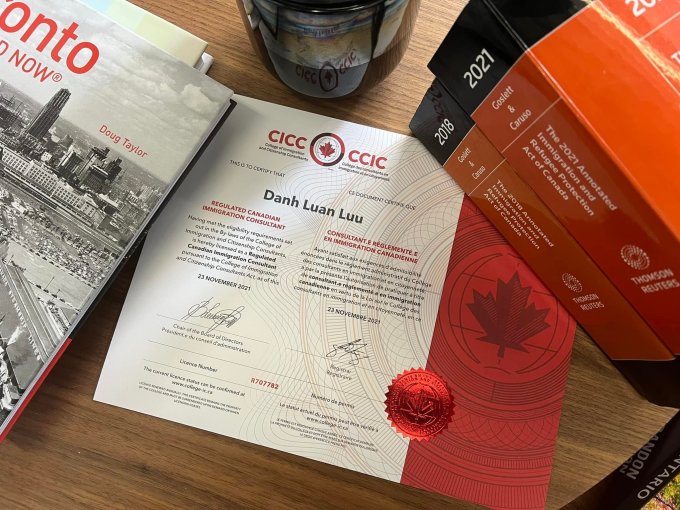 - How do you set short and long-term goals for the next 5 years?

- To overcome the stressful epidemic period for three consecutive years and stay up to the present is a miracle for many startups like us. However, for me, it is natural because the spirit, will and strategic plan of the senior leadership and Yes Study staff is "a spectacular breakthrough".

Before we do anything, we always set goals, whether long or short, the results we have today are thanks to that. The company was honored to receive the IRAP fund - a program to encourage technology product development activities from the Government of Canada in April recently.

In the next two months, Yes Study will deploy a series of seminars across Asian countries such as Thailand, Philippines, Japan, and Indonesia. In Vietnam, the company organizes in 4 big cities: Ho Chi Minh, Hanoi, Can Tho and Hai Phong. Further, we want to be able to carry out the mission of consulting, supporting study abroad, labor and settlement for international students, connecting international students from all over the world, expanding the value more and more. reality of Yes Study.