International students are exhausted because of mistakes when choosing subjects

Choosing too many difficult subjects, Trung could not study, causing the grade point average (GPA) to drop.

Nguyen Hoang Trung is a third year student majoring in Computer Science, University of Alberta, Canada. Trung just had a semester "seeing GPA hanging on the cliff". Faced with the possibility that the average score of the subject would drop, the male student decided to withdraw the subject and accept to study again. This experience helps Trung draw many lessons in choosing subjects so as not to be overloaded.

In August 2021, Trung went to Canada to start his second year of university. In the first year of online learning in Vietnam, male students experienced the rigors of North American education in general and the computer industry in particular. The first semester in Canada, despite many novelties and difficulties, Trung's grades in all subjects were from B to A. Grades A, B, C, D corresponded to 4, 3, 2, 1. 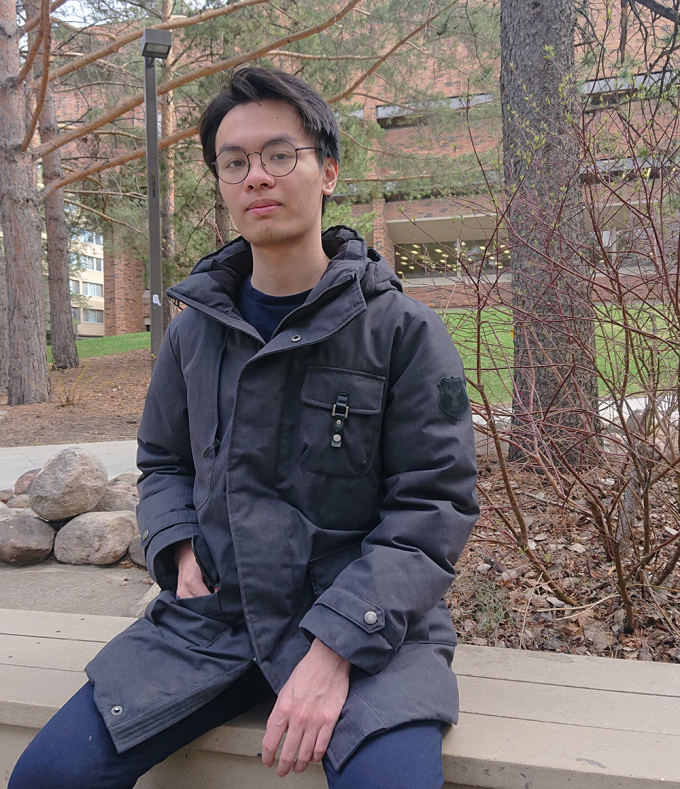 Center on the University of Alberta campus. Photo: Character provided

However, things changed in the second semester of sophomore year. With a smooth start, Trung confidently chose CMPUT 301 - Intro to Software Engineering - a basic and necessary subject for his future work. Of the five chosen subjects, CMPUT 301 and two more have group work requirements.

"All five subjects were important, so I didn't expect to have an easy semester," Trung recalls.

With Computer Science, High School 40 subjects in four years. The Computing Science faculty of many schools, including the Central School, limit students to a maximum of five subjects per semester to avoid psychological consequences.

In addition to A, B, C, D, F, the grading scale in Canada also includes W (Withdrawal). If you do poorly, you have two options: Either withdraw from the course by a certain date, receive a W (that subject will not count towards your GPA) and retake it another time; or try to study and hope to pass the course.

In case you do not pass, you get an F (Fail), you can still study again, but the F will not be removed from the transcript.

The mistake in choosing subjects cost Trung. "I thought that as long as you work hard, the professor can follow whatever he teaches. However, the professor of CMPUT 301 did not teach anything. In the computer industry, the lecturer will only teach the theoretical principles, the students must self-taught the technologies used in the project," Trung said.

While struggling to make up for the knowledge that was not taught, Trung also had to carry the group work of two other classes. As a result, his grades worsened, and near the end of the term, he began to feel weak.

"That's when I had to make an important decision: withdraw from CMPUT 301. Thanks to that, I passed the remaining four subjects, two of which were below B but would not have an F in my diploma," du said the 19-year-old student.

According to Trung, withdrawing from any subject will lead to a delay in the plan of the following years. When withdrawing from CMPUT 301, Trung accepts the fact that it will be difficult to get an internship until he resumes his studies. If you successfully study the CMPUT 301 course, you will have a more competitive advantage when applying for an internship.

"Time has proven my decision is right. I'd rather W than get an F," Trung shared.

"Difficulty studying should be expected when studying abroad. What matters is not your plan falling apart, but what you do when it happens," Trung said. 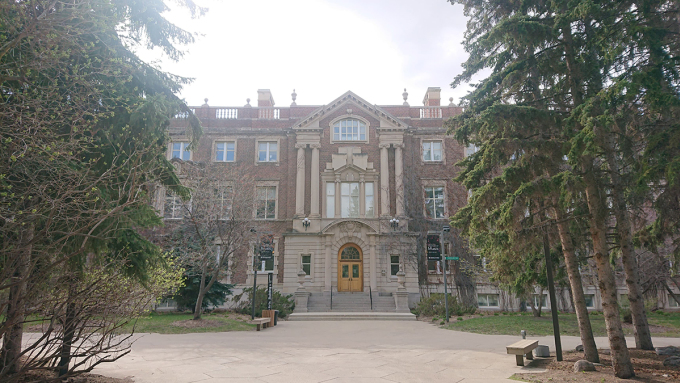 University of Alberta - where Trung is studying. Photo: Character provided

Don't panic, don't be cowardly, and don't hesitate are the three rules boys learn from what they've been through. Trung believes that, no matter how difficult the decision, as long as you calmly see what you have to do, you will make the most reasonable decision.

For new international students entering the school, Trung recommends making a study plan early, spreading specialized subjects over the years, and can refer to the subject selection through two forums such as Reddit and Ratemyprofessor to get answers from seniors or alumni.

In addition, choosing subjects should pay attention to the time between classes. With schools with large campuses, you won't have time to walk from class to class. Students also need to note the date the school opens for registration in order to register as soon as possible.

Neutral will retake CMPUT 301 next term. He will take this course first in the summer to ease the burden.