Strategy to enter the top Chinese school of Vietnamese girls

As a national excellent student, Phuong won a government scholarship, becoming the only Vietnamese student this academic year at Renmin University of China.

Trinh Thu Phuong is studying in the first year of Law at Renmin University of China (RUC) - the school is considered to be the leading place to train jurisprudence in this country, according to gaosan, an educational information site for high school students. The former student of Ha Long High School for the Gifted is the only Vietnamese university student here.

To get to her dream school, Quang Ninh girls have a strategy from an early age. Phuong has been learning Chinese since 7th grade because of her idol of Chinese group TFBOYS. Originally intended to study to understand the content of the songs, but after becoming the first valedictorian in the 10th grade for Chinese major, Phuong began to intend to study in China, with the goal of winning a government scholarship. 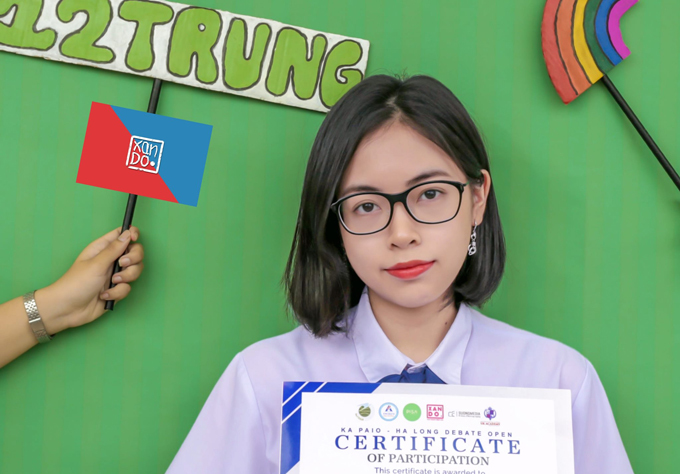 Trinh Thu Phuong is currently a freshman at the Faculty of Law, Renmin University of China. Photo: Character provided

Phuong said that because of her love for Chinese, this language came into her life naturally. Instead of spending time learning vocabulary or grammar, I watch Chinese programs every day, practice my debating skills, and give presentations through competitions like Chinese Bridge.

In the school's Chinese team from 10th grade, Phuong won the consolation prize in the first year, but two years later, she improved her ranking with second and first prizes.

The female student said that determining to study abroad early helps her have time to prepare carefully. The application for a government scholarship has a section on the study plan for four years of university. Phuong practiced writing a study plan from 10th grade and left the field of study blank. While writing, I consulted the experience and presentation of international students. To make an impression, girls set goals for each school year and state what they need to do to achieve them. 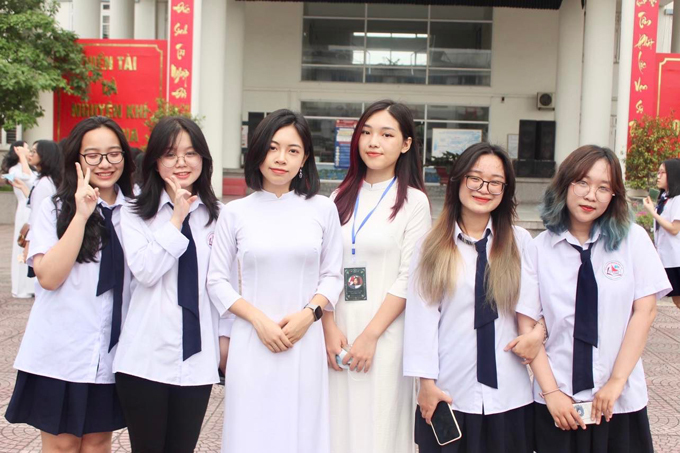 In addition to the plan, candidates also need to have HSK4 or IELTS 6.5 or higher, GPA of 7.0... In 12th grade, Phuong achieved two HSK6 certificates (first level at that time), IELTS 6.5 and overall score. over 8.0

Phuong said, when choosing a major, she did not rely on personal interests but from future work needs.

"I determine what kind of environment I want to work in, then see if that environment has an industry or position that suits my personality and ability. From there I close a legal position and study Law" , Phuong said.

"I wanted to go to the top schools for my chosen major, so I decided to apply to RUC - the first in Law," Phuong shared.

That year, RUC's undergraduate scholarships were only of type A. According to Phuong, unlike the B, C, and A scholarships, the requirements were stricter in terms of submission methods and admission requirements. Applicants must have a national or international excellent student award, be admitted directly to a university in Vietnam, and can only register for one major at three Chinese universities.

With her achievements, Phuong applied for A-class scholarships from three schools including RUC, China Legal University and Nanjing University, respectively, according to three aspirations.

The female student underwent an online interview with a school in Vietnam and did not have to take a written test. The interview went smoothly. In July 2021, Phuong received the notice of admission to RUC, with a full scholarship covering tuition, insurance, dormitory, and 2,500 yuan of living expenses per month.

As Phuong's three-year high school homeroom teacher, Ms. Bui Thi Tuyet was not surprised by this student's result even though "winning a scholarship to study law at RUC is very difficult".

"I have never met a student with the ability to self-study and self-study as well as Phuong. She is also emotional and enthusiastic", Ms. Tuyet added. 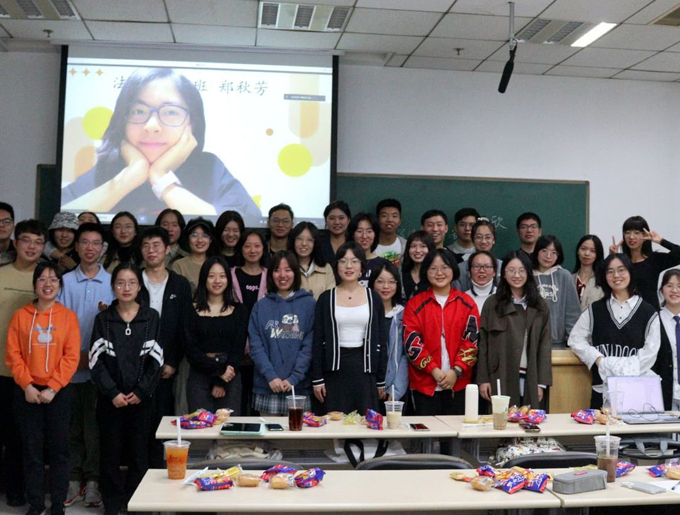 Phuong attended his first meeting with his friends in the legal club through a projector screen. Photo: Character provided

According to Mr. Doan Ba ​​Toai , Director of T&T Vietnam International Education and Training Joint Stock Company, government scholarships are very competitive, each year there are only about 50 scholarships for Vietnamese students.

"Winning an undergraduate law scholarship at a top university in China proves that the candidate, in addition to excellent Chinese, also has a good resume. It is very difficult to get an A-class scholarship for undergraduate studies. , because of the high level of competition," analyzed a Chinese study abroad consultant.

Due to the epidemic, China has not yet opened its borders to foreign students, so these days, Phuong still has to study online.