Dang Chau An (born in 1999, Hue), Bui Phuong Toan (born in 2002, Kien Giang) won scholarships from many American universities thanks to their own efforts and the support of EduPath.

Dang Chau An is the owner of the prestigious William J.Porter full scholarship, with a total value of up to 205,000 USD (equivalent to more than 4 billion VND) from Jacksonville University (USA). In addition, the female student is also in the top 1% of excellent students of the school, the top 40 most talented people in the school and is a member of the Student Ambassador at the Faculty of Business. 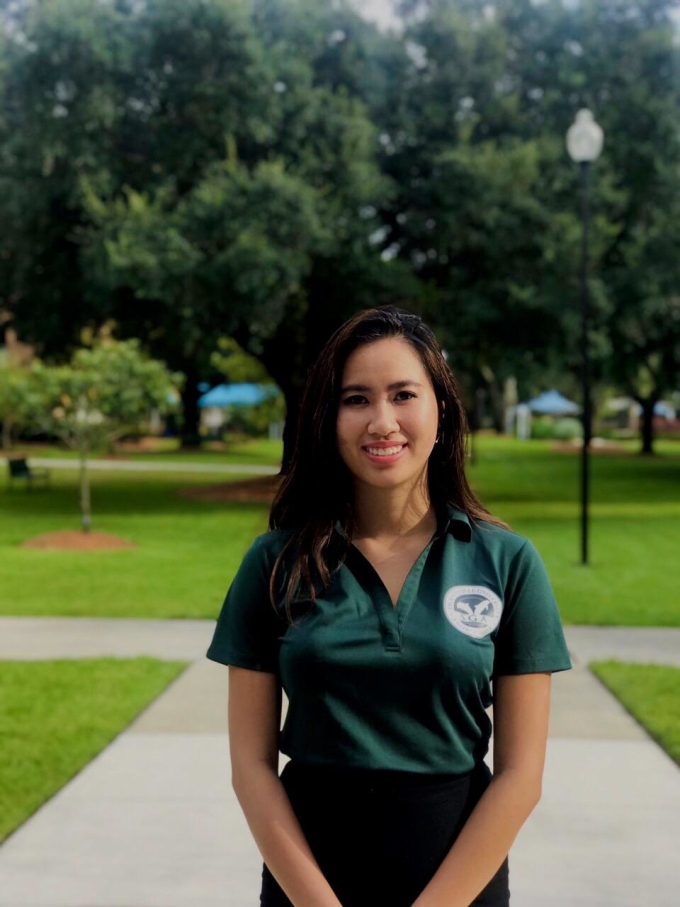 Before that, family, friends or even Chau An never thought she could achieve these achievements. The 9x female student recounted that she was born in a family that was not too well-off, was teased by friends, and had to face the bored face of her teacher while studying in Vietnam. At that time, she always felt tired and sad when she saw her mother cry for her. 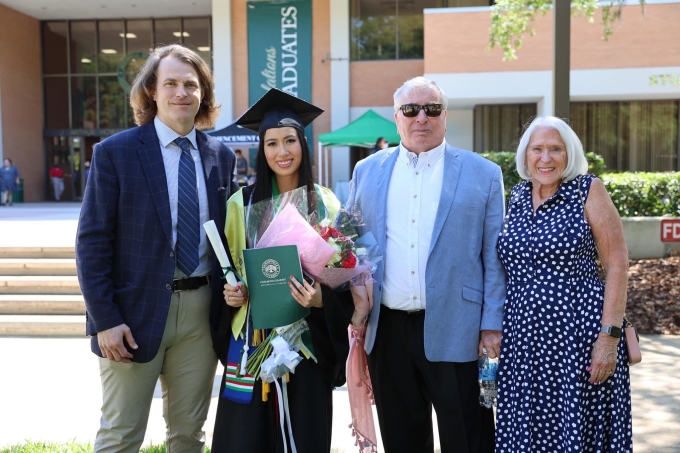 Dang Chau An at the graduation ceremony of Jacksonville University. Photo: Character provided

When she happened to read the book "Think and Grow rich" (roughly translated: Think and Grow Rich) by author Napoleon Hill, Chau An found light in the midst of the darkest days. This has become a source of motivation for the self-deprecating girl that year. She is determined to conquer her goal of entering Hue Quoc Hoc and cherishing her dream of studying abroad.

With a clear direction, she passed the high school exam as desired. Also in the 10th grade year, Chau An learned about the EduPath Center's public high school scholarship program in the US. The female student continued to identify the next destination as "studying in the US" and achieved it after two years.

"This program opened up the path for me to study abroad in the US. This is the beginning of my success, work and good life later. I am always grateful to the center for accompanying me throughout. The past 7 years," Chau An added.

Similar to Chau An, Bui Phuong Toan also conquered many achievements while studying in the country of chess. "America" ​​is the dream and goal of male students since middle school. Graduating from high school at Manistee Catholic Central (USA), Toan continues to study Bachelor of Business Administration - Accounting program in this country.

Although she had prepared carefully, but when she first arrived here, Phuong Toan could not avoid difficulties in language, culture, admission criteria, etc. In which, tuition fees were a burden on families living in the area. Vietnam is also one of the driving forces that make him more determined and more effortful. During a year of attending high school in the US, male students always maintain the best GPA and SAT scores to meet the school's entrance requirements and actively participate in extracurricular activities, social volunteering. 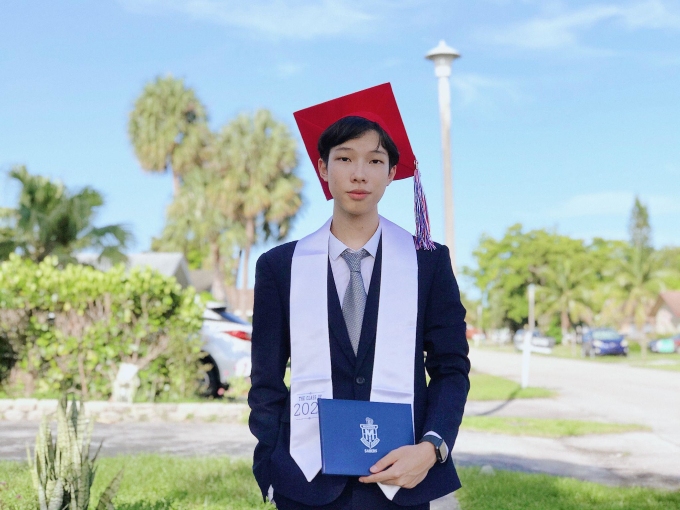 With his unremitting efforts, Toan conquered 5 universities with 4 scholarships with a total value of up to 300,000 USD. After that, the talented male student continuously achieved many other achievements in the school's subjects, receiving the Michigan Competitive scholarship because of his outstanding SAT performance. Recently, Toan excellently won an internship at KPMG - one of the four largest auditing firms in the world.

Phuong Toan shared, to get to this day, in addition to his own efforts and encouragement from family and friends, he also needs companionship, guidance and advice in career orientation. from the consulting team of the EduPath Study Abroad Center during their study in the US.