Princeton and MIT continue to be the top two universities in the US in 2022 - 2023, while Columbia University was dropped from the top 10 due to providing incorrect data.

According to the announcement of US News and World Report on September 12, the 10 best universities in the US in 2023 are all schools with long-standing achievements, specifically as follows:

This is the 12th year in a row Princeton University (New Jersey) topped this list. The school's tuition fee is 57,410 USD (about 1.35 billion VND).

Together in third place are Harvard, Stanford and Yale. Harvard fell from tied for second last year, while Stanford rose from sixth and Yale rose from fifth. 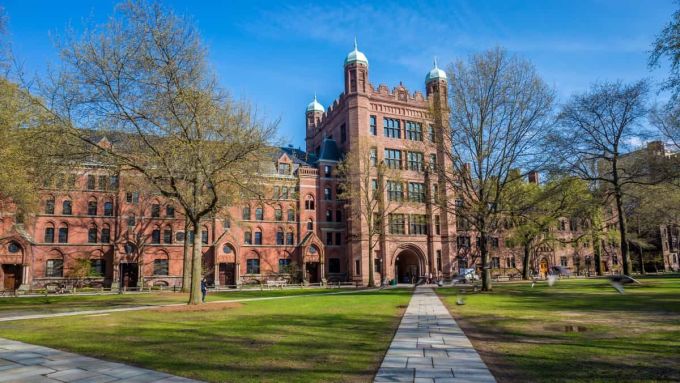 Yale University, ranked third (with Harvard and Stanford) in the ranking of the best universities in the US in 2023. Photo: Shutterstock

The University of Chicago remains in sixth place, with John Hopkins and Pennsylvania tied for seventh.

Ranked 9th is the California Institute of Technology (Caltech). Duke and Northwestern tied for 10th.

The highest tuition in these top 10 schools is Northwestern University at $63,468 a year. The lowest tuition rate belongs to Stanford University with $ 56,169 a year.

The University of Pennsylvania was the most accepting school, with nearly 10,000 students for the fall semester of 2021. California Institute of Technology admitted only 987 students in the fall of 2021, at least and only one-tenth of Pennsylvania.