The couple Trinh Nam Thai and Pham Bich Ngoc, Hanoi, came to Indonesia from mid-June. During their 21 days of exploring the island nation, their most impressive experience was hunting dragons in Komodo National Park.

Referring to Indonesian tourism, many Vietnamese tourists will immediately think of the island of Bali or the volcano Bromo, but far away Komodo National Park not everyone dares to set foot. When looking for information, the Thai couple hesitated when they read a lot of negative information, such as a tourist accident that was bitten to death by a dragon, attacked or a dragon hiding in a hotel room . However, that further stimulated the couple's curiosity, wanting to conquer new things. Europeans did not discover the existence of the Komodo dragon until 1910. At first, people thought it was a "crocodile", some people thought it was a living dinosaur, so they named them so. 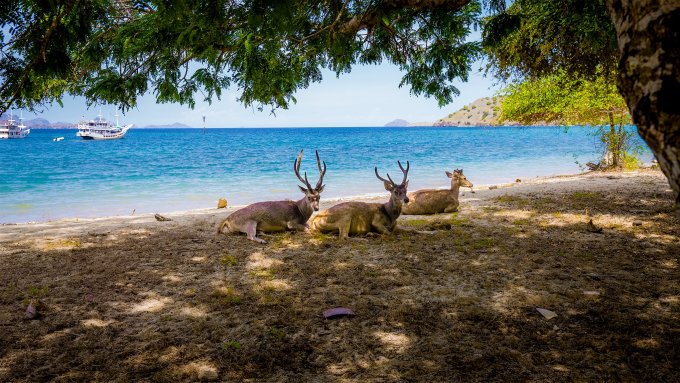 The pristine beauty of Komodo National Park. Deer can be good prey for Komodo dragons.

To come here, you can buy a boat tour from Bali or Lombok. This tour is about 4 days 3 nights, or 3 days 2 nights depending on the type. However, this journey is not for everyone. Many Western guests vomited and struggled on the deck of the boat due to seasickness of two ocean currents intersecting the Java and Flores seas.

To ensure their health, Thai and his wife chose to fly from Bali to Badjo, then take a boat to Komodo National Park. The park is located in the small Sunda Islands on the border between East Nusa Tenggara and West Nusa Tenggara. It consists of three large islands Komodo, Padar and Rinca and 26 small islands, with a total area of ​​more than 1,700 square kilometers, established in 1980 to preserve the Komodo dragon, the largest lizard in the world.

This is not a place that tourists should explore on their own. When taking the Thai couple back to the hotel, the guide said that many foreign guests voluntarily discovered the land that had been killed by Komodo dragon bites or heat shock. The temperature of the area sometimes reaches 50 degrees Celsius, so fainting and not being treated in time can also lead to death. The Komodo dragon is an animal with the same damage as a leopard, so it is very dangerous for people who are not equipped with enough knowledge when facing them. "I've seen and photographed a smaller iguana in Bangkok but this one is much larger, it has a paralyzing venom and the salivary glands have a variety of necrotic proteins," Thai said. 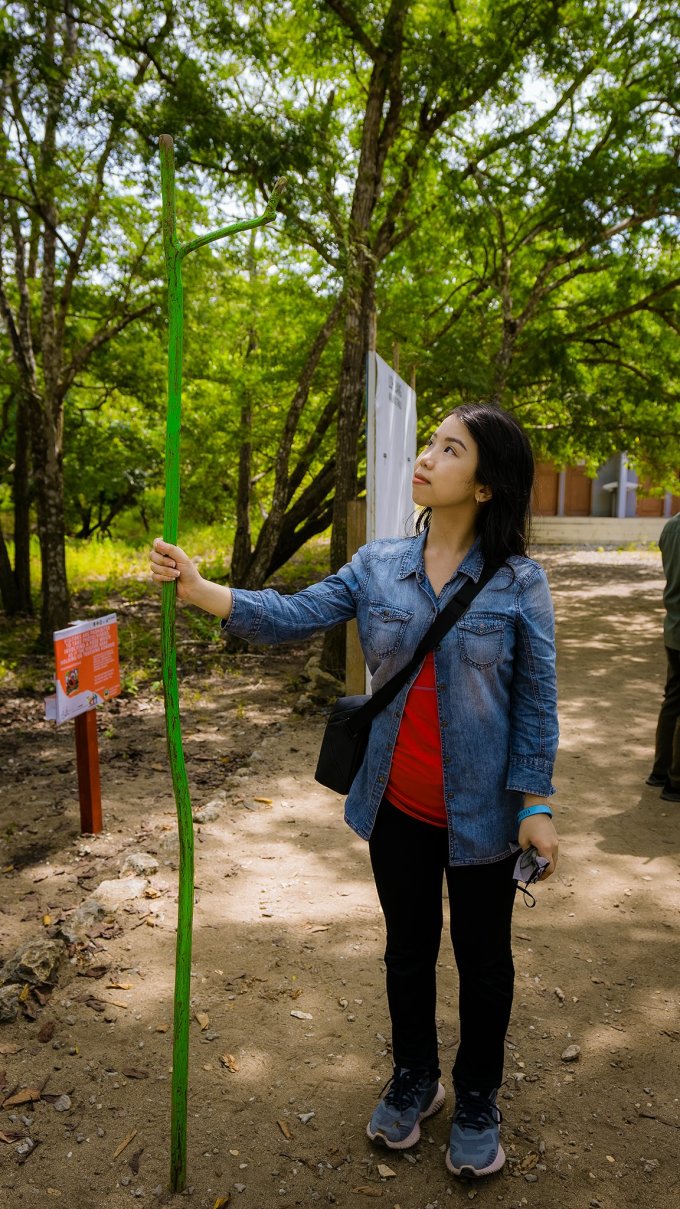 The long stick that the guides carry to ensure the safety of visitors.

Each group of visitors will accompany two people in the reserve with long sticks for self-defense. If a Komodo dragon is found, visitors should keep a safe distance of 5 meters. Wandering in search of them is a feeling described by the Thai couple as both excited and extremely stressed. The characteristic of Komodo dragons is that they lie down like a rotten log in the forest, wait for their prey to pass by, bite lightly, inject venom and bacteria, wait for them to be motionless and then "eat neatly". "The advice I got was not to step out of the grass that was scrutinized by the guide," Thai recalls.

In about 15 minutes, the couple found three dragons. According to Thai, before bringing guests, they fed the dragons, so the animals were usually sleeping, not hunting, less dangerous. Seeing a sleeping dragon, the couple moved step by step closer to take pictures. "It's easy, not afraid, but if the animal suddenly wakes up, I can't imagine what will happen. My wife's legs trembled and held her breath while taking pictures near the dragon." Some other tourists were taking pictures when the dragon woke up and everyone ran away. However, to increase the persuasiveness of visitors, guides will sometimes use sticks to wake the Komodo dragon, proving it is alive. 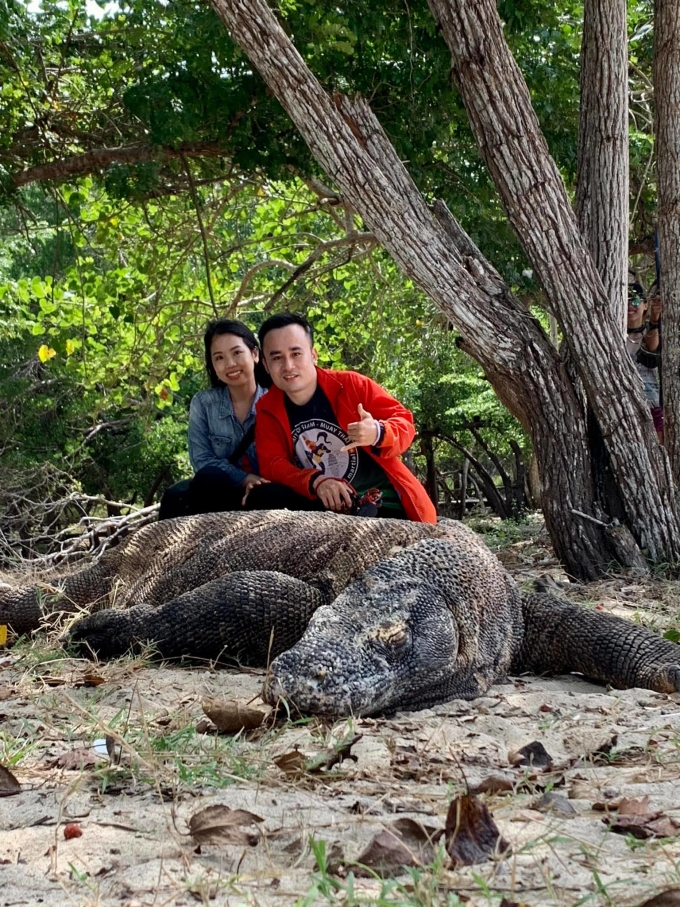 Despite having a guide close by for safety, the couple held their breath as they photographed a sleeping Komodo dragon.

When he was a child, Mr. Thai often watched the animal world on television, but outside he saw this animal being bigger. If you are lucky, you will see the Komodo dragon swimming into the sea. So if you swim here, you also need to be careful when you can meet them. They swim to cool down, starting to return to the shore when swimming about 30 meters from shore. 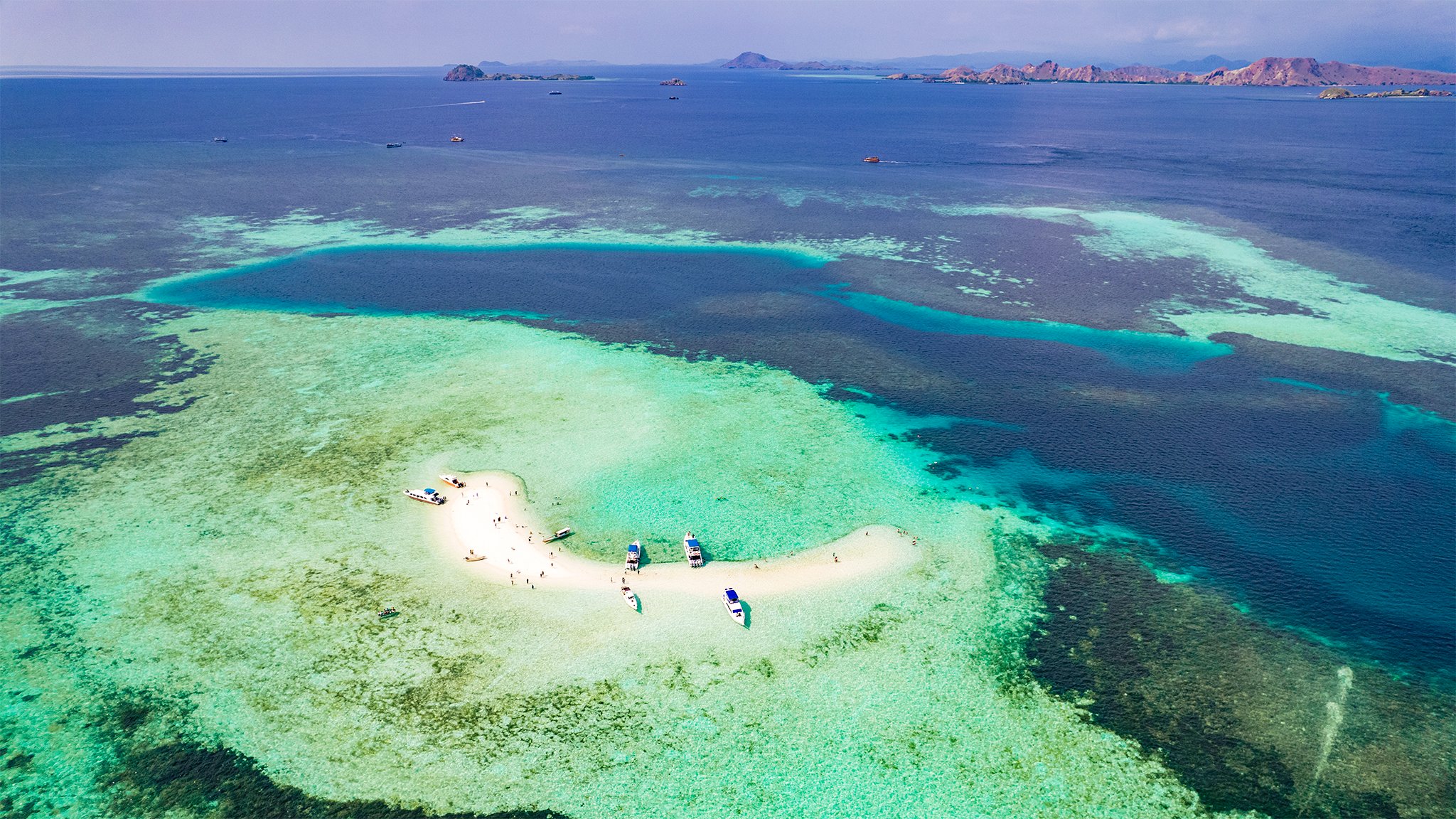 Tour fee to see Thai Komodo dragon is 1.3 million IDR (about 2 million VND) per person, with experience of hunting dragons, visiting Hong beach, diving to see corals, searching for rays... not included Tickets to visit the spots are 370,000 IDR.

The experience of hunting Komodo dragons of Thailand is to talk and ask the guide to find in a small group, while listening to a clear explanation of the origin and character of the animal, and have beautiful, separate photos without having to queue. He and his wife had a photo right next to the Komodo dragon, with a guard standing next to it to ensure safety. Hotels in this area are quite expensive. Thai advises tourists to stay close to the harbor, convenient to go on a tour and watch the beautiful sunset. The seafood here is fresh and cheap. 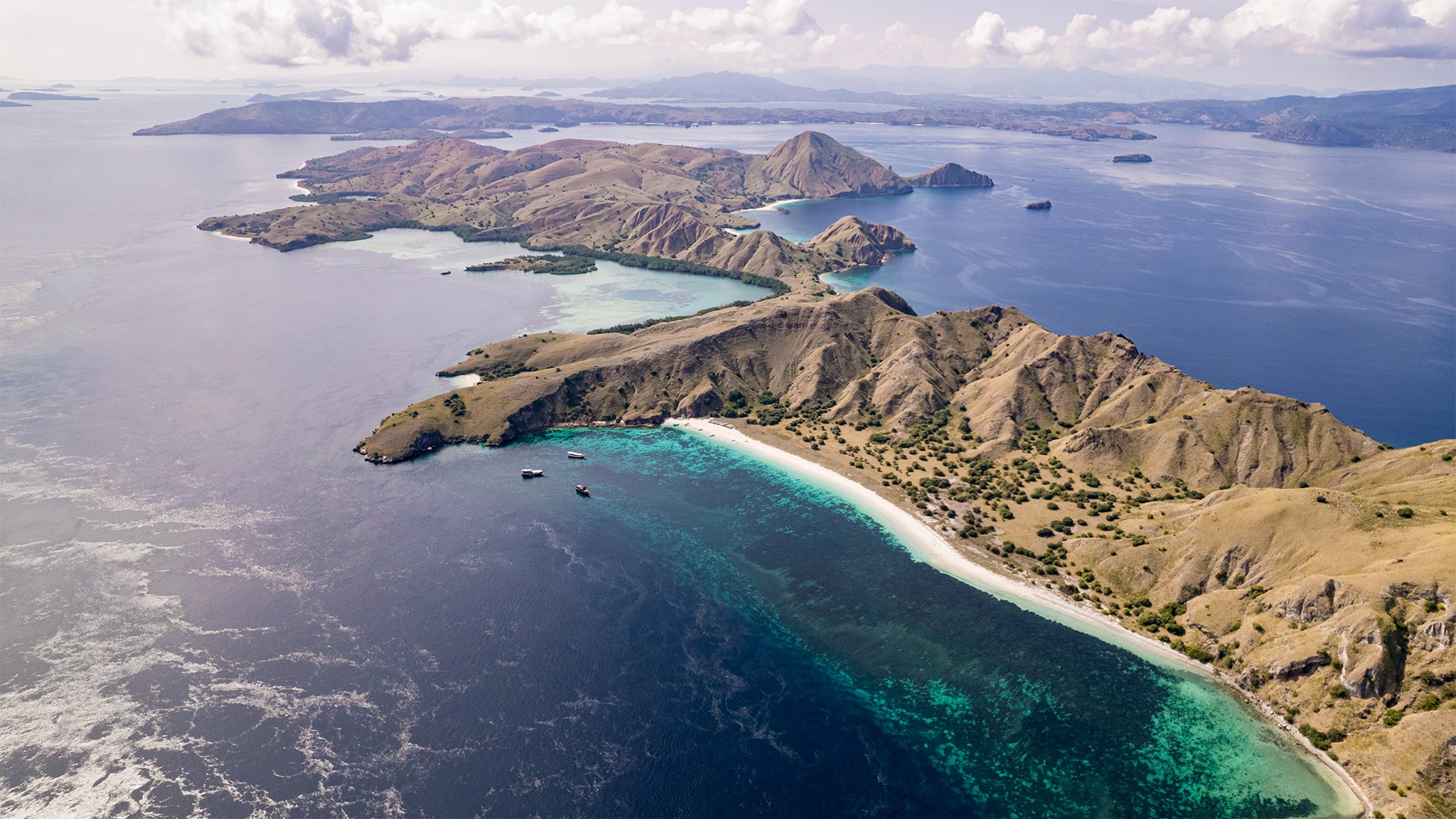 The area around Komodo National Park has few tourists, suitable for those who want to travel adventure or prefer pristine places. Referring to Komodo is not only the animal of the same name. The scenery here is like a paradise on earth with clear, unspoiled beaches and pink sand beaches . "This dragon knows how to choose a real place to live. It's a dragon, living in a fairyland," Thai joked.