Vietnamese tourists fail their European visas because they are too confident

There are three companies in Germany, France, and Poland that send letters of guarantee by name, Mr. Ngu Dung confidently passed the visa. But in the end, he failed.

Below is the sharing of Ngu Dung, CEO of a measurement equipment company in Ho Chi Minh City, about two times of Schengen visa failure. He hopes that sharing can help visitors who intend to apply for a European visa to avoid the same mistakes as him and succeed.

"My company represents and distributes a number of equipment manufacturers in Europe. Therefore, I have been fortunate to be invited there many times. People often say that if a local company guarantees, the visa has a high pass rate. But not every time, I was successful," he recalls. 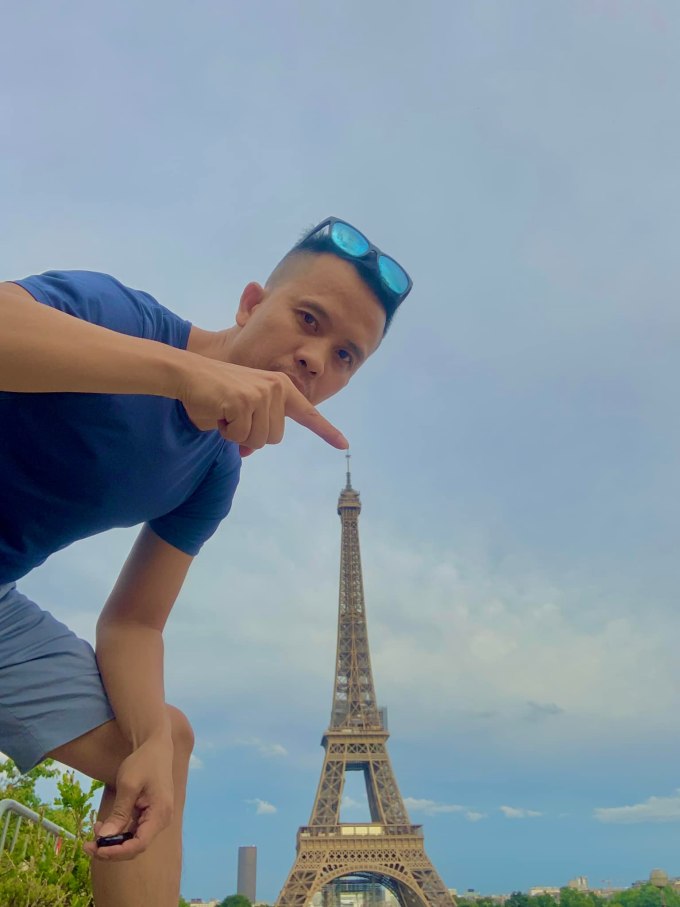 Mr. Ngu Dung is on a 20-day European tour, visiting France, Germany, Switzerland and Austria. He said Europe was fully open to tourism as before the epidemic, without requiring visitors to provide any documents related to Covid-19. Photo: NVCC

The first time he failed was when he applied for a visa to go to the equipment exhibition in Germany in 2016, and attended training at the factory in France and Poland. Because he did not have experience in applying for a visa, he asked the service side.

He asked his European partner to send an invitation letter. In total, he has three invitations from three factories in Germany, France, and Poland. They even invited him and his wife by name, since both are co-founders of the company. Mr. Dung and his wife prepared the required documents: tax payment documents of the company, confirmation of no tax debt of the business, bank account balance of over 600 million at the time of submission, personal account statement. individuals and companies, credit cards, business registration papers, real estate records...

To increase the pass rate, he also printed a set of sales contracts, money transfers, transaction emails between his company and partners before the time of applying for a visa. "The profile must be said to be thicker than 5 cm. Personally, I think such a file is too strong and complete, so it is very reassuring. I confidently waited for the flight date. Because of my confidence, I bought a ticket already. airplane," the 40-year-old CEO shared.

But he slipped. Then there was a series of days of writing a review letter. He asked his French partner to call the Consulate in Ho Chi Minh City directly. But the answer remains the same. According to the regulations, the couple is refused with the reason: "Doubt about the intention to leave the EU before the visa expires".

The second time failed in 2018. He applied to go to Spain. At that time, he was more experienced, and also won visas to Germany, England, and America. "So confidence is superfluous," he said with a smile as he recalled. Because of his confidence, this time he boldly invited six more friends to travel with him and personally took care of the application.

His friends are all business owners, with revenue from several tens of billions to hundreds of billions. They all have a lot of real estate in Ho Chi Minh City. Because he believes the profile is strong enough, he also prepares for each person an international driving license so that when he goes there, he can rent a car to go on a trip. "But I failed all of them. Only one brother on the State payroll, as an employee, passed," he said. 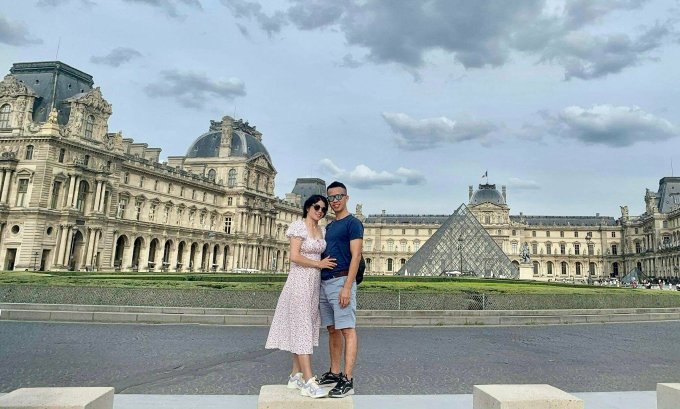 Dung also added that in Europe, many measures to stimulate tourism are being applied. For two days in Strasbourg, France, he was given free public transport. In the near future, he will go to Germany to experience the program to travel around the country for 9 euros . Photo: NVCC

After two failed attempts despite his strong profile, along with three other successful applications for a Schengen visa, he did his own research to find out the cause, in order to draw lessons for himself and his friends.

With the first failure, Mr. Dung pointed out that the first mistake was being too confident because he had invitations from three partners, adding that his wife was a former international student, so the couple applied for a French visa. But the plane ticket he booked to Germany first. The length of stay in France is also only one day longer than in Germany.

The second mistake, I think, for the purpose of a business trip, you can apply for Germany or France. Therefore, the couple prepared documents and applied for both countries, the appointment was only two weeks apart. Due to doing many documents at the same time, errors are inevitable.

The third mistake is not following the service provider, just search online and see a competitive quote. In the end, he realized that "cheap is mine". So he encourages people to choose a reputable unit to do, instead of just paying attention to the price.

With the second slip, he subjectively made a schedule along the Mediterranean Sea to Spain to watch football. This schedule is not reasonable because it is too "riding a horse to see flowers". Tickets such as airplanes, trains, cars, football tickets, etc. are all set for a fee, and the cost of this scheduled trip is too high compared to the income of the members.

The second wrong point is that there are people in the group who have never been to Europe, nor do they have a passbook or a safe enough account balance. Salary is in the style of "brothers divide by themselves", because they are both co-founders and co-owners of the company. The bank account statement does not match the income enough to go out as spectacular as the schedule. This makes the visa reviewer feel unreasonable, so it is natural to be disqualified.

The third point he believes that if he goes out, and leaves his wife and children at home, it is "too certain". But this made the visa issuer suspect that his group went there to hide and stay to work underground. All failed for the reason: "The purpose and duration of stay is not reliable".

Mai Hoang Dat, Director of Kiri Travel Company in Ho Chi Minh City, is famous in the travel world for "cool hands" applying for European visas for tourists. With 5 years of experience in the profession, Dat said that applying for a visa in general and France in particular is not too difficult compared to many people's imagination. "The important thing is that visitors need to be able to check and evaluate their profile what are the strengths and weaknesses? If it is a strength, guests need to promote and emphasize to the embassy, ​​weaknesses must be overcome. . 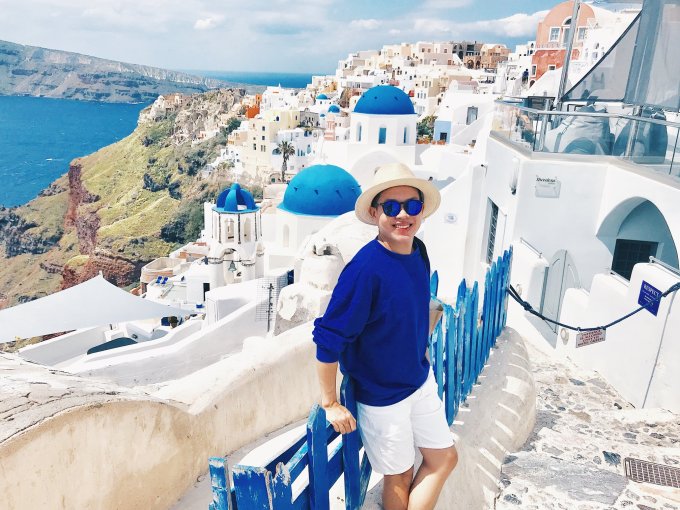 Dat has just returned home after leading a group of Vietnamese guests to Europe in early June. Photo: NVCC

Dat always reminds customers to prepare documents with a slow but sure plan. And the most important thing is transparency, clarity, logic in all documents provided to the embassy. "First of all, you must ensure that all financial and work factors are met. These two must be logical together. Prove where your financial resources come from and this finance must ensure that you have the ability to return. For example: It's impossible to have a salary of 5 million and a financial transaction of less than 10 million a month in a bank account and yet be able to travel to Europe. This would not make sense and you will fail." I said.